As children get older and move into the teen years, it is natural for them to want to spend more time with their friends and open up to them more than to their parents. However, it is remains very important for parents to be involved in their teens’ lives and continue to set boundaries. Studies show that even as teens, children still value their parents’ input above anyone else’s.

What to do when your teen won’t talk to you 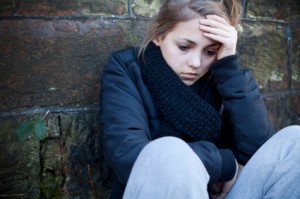 Some ideas for fostering communication between parents and children at any age include modeling good communication skills for your kids, making time for open communication as a part of your regular routine, and having more positive than negative interactions.

To model good communication skills, tell your children about your day, including information that is age-appropriate. When they talk to you, give them your undivided attention to foster better listening skills in them.

Try to eat at least one meal a day together as a family, with a no electronics rule during the meal to encourage open communication. Some families have “conversation starter cards” or routine questions that they all ask one another to make sure everyone gets a chance to share their ideas or experiences.

If you find that your family is very busy and you’re struggling to find a time that you can be together, schedule “appointments” with each other regularly and treat them as seriously as doctors’ visits or work meetings.

Throughout your day-to-day activities, be sure to look for ways to have positive interactions with your children. It will be more fun for both of you, and you each will feel more like communicating if you’re not always fussing at one another. A good ratio to strive for is 5 positive comments for every 1 negative comment you make.

4. Recognize the symptoms of teen depression

However, sometimes a teenager will withdraw well beyond the range of “normal,” and parents can be doing all of this and more and still not seem to reach their teen. In these circumstances, your teenager could be suffering from depression and/or anxiety. Recognizing when a child or teen is depressed or anxious can be difficult because the symptoms are subtle, and all people experience sadness and worry at times.  It can be normal for children, just like adults, to feel sad in response to difficult circumstances, even for a few days at a time.

Major depression, however, includes symptoms that are persistent over time. In children, symptoms of depression can include:

5. Recognize the symptoms of anxiety

There are a variety of anxiety disorders, and the symptoms of specific anxiety disorders can vary widely. However, in general, children with clinically significant levels of anxiety often worry about performing well in school, the health or safety of family members or themselves, environmental factors (e.g., the weather), and the future. This worry can, just like depression, affect social relationships, lead to a drop in grades, and cause physical aches and pains.

Know When to Seek Help

If your child or teen is suffering from depression or an anxiety disorder, it is important to understand that he or she cannot just “snap out of it” or “stop worrying.” While it can be frustrating, one of the best things to do as a parent is to try to be patient, understanding, and supportive. Listen to what your child has to say, even if it doesn’t make sense to you. Try to help your child see things from a different perspective, but take care to avoid telling your child he or she is “wrong” for feeling the way he or she does. If your child seems to be getting worse instead of better, or you’re not sure how to help your child, seek professional help from a therapist or physician.

Without treatment, depression and anxiety in young people can have long-term harmful effects on the child’s development in a variety of ways. Therefore, it is important for adults to recognize the symptoms of depression and anxiety and act quickly to get treatment for children or teens with these conditions. Research studies have shown that both therapy and medication can be helpful in treating anxiety and depression. Some families prefer one treatment approach over another, while other families find a combined approach to be most useful.

Here are two examples of patients I have worked with in psychotherapy who improved over time with treatment. (Names have been changed.)

“Joe” and his mother had always been very close, and his mother knew Joe tended to worry about things a little more than other kids his age. However, as a little boy, he still played with friends and made the transition to school pretty well. As he went on through elementary school, his mother noticed that Joe started turning down invitations to birthday parties and sleepovers, saying he’d rather just stay home and hang out with her. He became more irritable, and at times, even angry, when she pushed him to do things apart from her.

When he started therapy, Joe said that he often worried that something bad was going to happen to his mom. He was afraid she might get in a car wreck, get sick, or that someone might break into their house and hurt her. He felt safer when he was with her and could “watch out” for her.

By the end of therapy, he was able to spend the night with friends without calling his mother to come get him. While he still sometimes worries about his mom, he was able to relax and not let the anxiety keep him from doing the things he really wanted to do.

When “Sally” turned 14, her parents noticed that she was spending more time in her room and less time with the family. She said she still had friends, but her parents didn’t hear her talking about them much, and she no longer asked to go do things with them. Her grades started dropping, and Sally, who was once an A/B student, was failing a couple of her classes. Her appetite decreased, and she seemed tired all the time. She also started complaining of headaches, and she spent much of her time lying in bed to rest. When her parents asked if anything was wrong, Sally just said she was tired and wanted to be left alone.

In therapy, Sally revealed that she felt overwhelmed by her schoolwork and worried that she was not as smart as her friends. She believed she was stupid and that she was going to feel this way forever. Over time, Sally learned that she often interpreted situations in a negative way and assumed that the worst was going to happen.

Once she identified these negative thought patterns, she was able to remind herself that there is usually more than one way to view a situation. She practiced coming up with multiple solutions to her problems and developed a list of several things she could do to help herself feel better when she was upset. Sally’s depression became less intense and she felt sad less often. She began participating in the things she used to enjoy, and her grades improved.

Left untreated, children and adolescents with depression and anxiety are at higher risk for low self-esteem, substance abuse, suicide, mental health issues in adulthood, and physical conditions such as heart disease and diabetes as adults. However, many children and teens who get appropriate treatment in the early stages of depression and anxiety can significantly reduce their risk of these long-term effects.

Talk to your child’s doctor

If you suspect your child may have depression or anxiety, it is important to talk to your child’s doctor so that he or she can get treatment. More information about depression and anxiety in children and teens can be found on the websites for the National Institute of Mental Health (www.nimh.nih.gov) and the National Alliance on Mental Illness (www.nami.org).

This blog was also published on www.muscogeemoms.com and can be found here.