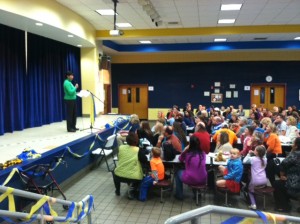 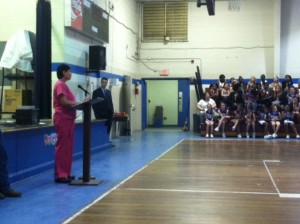 Dr. Ritu Chandra is far more than just a pediatrician to thousands of children in the Phenix City area; she also allocates evenings and weekends in her spare time to serve as a resource to countless parents, teachers, principals, school nurses and guidance counselors in the Phenix City School system.

She typically schedules a guest lecture or school event at least once per week, and has three “hot topics” that she has been sharing with parents of late that could benefit many families in the community: e-cigarettes and vaping, bullying/cyberbullying and the measles outbreak. 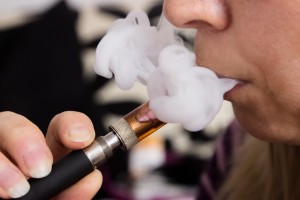 On Tuesday, February 27th, she explained to parents at Central Freshman Academy’s Honor Roll presentation that e-cigarettes, or battery-powered devices that convert nicotine into vapor are not as harmless as the tobacco industry wants teens to believe. What’s worse, they are sold over the counter and are not subjected to the same rules and regulations as actual cigarettes.

“Attractive flavors such as pina colada, chocolate, cherry crush and cotton candy are used to entice children,” Dr. Chandra said. “Big Tobacco is targeting children in order to addict them to nicotine. And, incidence is increasing; in 2013 14 percent of kids in grades 6-12 had tried an e-cigarette.”

Dr. Chandra warns that tobacco remains the No. 1 cause of preventable deaths and disease in America and that e-cigarettes are a “gateway drug” to other, even more harmful substances. Since 90 percent of smokers began using tobacco before 19 years of age, it is essential for parents to remain vigilant to help ensure that their children and teenagers understand the dangers of smoking, especially as related to e-cigarettes. Further research is needed to assess the long-term health effects of these devices.

Secondly, bullying is a prevalent issue that affects many children both inside and outside of the classroom. Nearly 30 percent of American youth are either a bully or 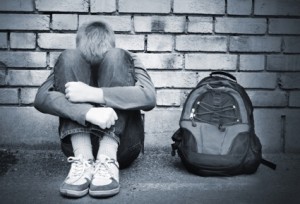 a target of bullying, according to the National Youth Violence Prevention Resource Center. “Bullying today is different than it was several years ago, when a kid got picked on in class and then came home to his own space. Today, with the Internet and cell phones, a kid can be lying in bed and still receive hateful text messages on his phone or Facebook posts,” Dr. Chandra told a group of fourth grade parents at Lakewood Elementary School on Thursday, January 30th.

She recommends that parents stay actively involved in their children’s lives, no matter the age group, and ask probing questions to determine if the child’s social interactions are mostly positive or negative. Asking “Who did you sit with at lunch today?” can make a huge difference. Your child’s pediatrician can also serve as a resource in helping to determine if a child is experiencing bullying during his/her annual checkup. Parents may find that their child is either being bullied (the victim), or the one bullying others (the perpetrator.) The American Academy of Pediatrics (AAP) recommends that parents of the victim take the following steps:

Meanwhile, parents of the bully should:

Finally, Dr. Chandra spoke to parents at Oliver Elementary’s PTA meeting on Tuesday, Feb. 2nd about the recent Measles Outbreak at Disneyland and why it is 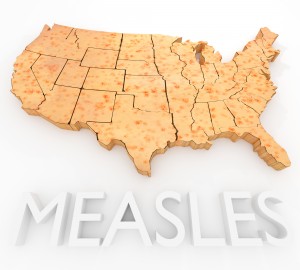 important to ensure that both parents and children are fully immunized against this contagious disease. According to the American Academy of Pediatrics, in 2011, the US saw 222 cases of measles, the highest number in 15 years. Typical incidence is about 100 cases per year.  However, in 2014, the U.S. saw even more cases of the measles, with 644 reported cases in 27 states. The contagious virus is airborne and is spreading rapidly. According to the Centers for Disease Control, one case of measles can infect up to 18 additional people. The Measles, Mumps, Rubella (MMR) vaccine can help to prevent your family from contracting this disease, which can lead to hearing loss, swelling of the brain, pneumonia or even death. “Please be vigilant in vaccinating your children according to the schedule recommended by the American Academy of Pediatrics,” Dr. Chandra urges.

For more information about these topics or others, please check out the Physician’s Blog portion of our website, www.preferredmedgroup.com. Preferred Medical Group includes both Phenix City Children’s, a pediatric clinic, and the Fort Mitchell Clinic, a family practice for kids and adults. Both are accepting new patients with most insurance plans.