The awareness of Attention Deficit Hyperactivity Disorder (ADHD) has markedly increased over the last 10 years, as have the number of cases being diagnosed. As a pediatrician, I feel that increasingly I am swamped with appointments for ‘ADHD evaluation’ or ‘ADHD testing.’ And, I also know that sometime in October of each year is when the new evaluation requests skyrocket…the October and March timeframes coincide with the release of report cards for the first 9 weeks of the school year. Many parents who see a line of “C’s” “D’s” or “F’s” will immediately make a beeline for ADHD assessment.

As a pediatrician, my job is to evaluate and diagnose those children with true ADHD versus those who are simply struggling in school and grasping for Adderall as a miracle performance-enhancing solution. Gains from ADHD treatment can be huge for children who actually have ADHD. However, parents must understand that giving ADHD medication to children without this condition will not benefit the child and that the medications do have potential side effects. Instead, parents may request a detailed list of reasons for why the child is struggling in school (lack of studying, overly rigorous course material, or learning problems) to figure out how to best help the child to improve.

3 to 7 percent of school children are affected by ADHD in the U.S. In the pediatric age group, ADHD is much more common in boys than in girls. Also, inner cities of the US have the highest worldwide incidences of ADHD.

In 2000, the USA used 80% of the world’s stimulant medicines such as Adderall, Ritalin and Vyvanse. Most other industrialized nations use 1/10th of the amount that we use in the US. Between 2000 and 2004, sales of medicines used to treat ADHD went up by four times. In 2008, 3.5% of children younger than 18 years of age received a stimulant medication.

So, why are we having more ADHD diagnoses? Is it:

In about two thirds of the cases, ADHD is associated with other diagnoses, such as Oppositional Defiant Disorder (ODD), Conduct Disorder, Anxiety, Depression, Tics, etc. 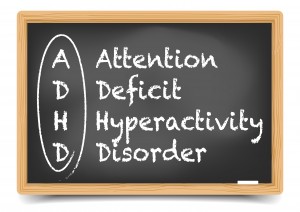 I explain to parents that Attention-Deficit/Hyperactivity Disorder (ADHD) is a neurobiological disorder characterized by developmentally inappropriate impulsivity, inattention, and in some cases, hyperactivity. All of us have occasional difficulty sitting still, paying attention, or controlling impulsive behavior. For some children and adults, however, the problem is so pervasive and persistent that it interferes with their daily lives at home, at school, at work, and in social settings.

Studies show that patients with ADHD have demonstrable low levels of catecholamine in their brains, and the actual brain volume in certain areas of the brain may also be smaller. Scientists have also isolated certain genes which are specifically associated with ADHD. Essentially, ADHD occurs due to low levels of certain chemicals in the brain.

To make the diagnosis, several of the ADHD symptoms must be present before the age of 12 years, and symptoms must be present in more than one setting. Diagnosis is made mostly by getting history from the parents, caregivers, teachers and other adults who work with the child. Your doctor will ask the parent/caregiver and the teacher to fill out one of several different rating scales. Some of the commonly used rating scales are the Connor’s, Vanderbilt, and Child Behavior Checklist. Then, the doctor will do a very detailed interview with you and the child. Some real time computerized tests also can be done but these are relatively new and extremely expensive. These are not commonly used and are not covered by most insurance companies. In Columbus, Georgia, no one is using these tests at this time.

What are the symptoms of ADHD?

ADHD has three sub types, and symptoms will vary accordingly:

The symptoms of the inattentive type of ADHD include:

The symptoms of the hyperactive/impulsive type include:

So, what is the cause for ADHD, and will my child “grow out of it?”

We do not have all the answers. However, there is a very strong familial tendency e.g. if one child has ADHD, the chances of the siblings having ADHD will increase by 3-5 times.

A lot of times parents ask me if the child is likely to outgrow the condition. I tell them that as the child matures, the hyperactivity and impulsivity decrease, but the inattention is more likely to be a lifelong issue.

We often use the “Rule of Thirds” to break down the potential outcomes of ADHD cases:

So, once the diagnosis is made, what are the treatment options?

The Gold standard of treatment is stimulant medication, though there are several other classes of medications also that can be used. Other things that could be used in conjunction are: cognitive behavioral therapy, parent management training, social skills training and educational support at school in the form of a 504 plan and/or an Individualized Education Plan (IEP.)

Sometimes, I get the question: “Why is a ‘stimulant’ being prescribed when we are trying to get the child to slow down?” Yes, it does sound counterintuitive! The stimulant actually stimulates dopamine and norepinephrine, and the release of these chemicals effectively decreases the symptoms of ADHD.

Is medication really necessary to treat the symptoms of ADHD?

Parents must realize that ADHD is a neurobiological condition for which treatment is warranted. Purely disciplining a child will not correct the chemical imbalance occurring in the brain.

Your child’s doctor may choose one of several different medications and will closely monitor the child and may adjust the dosage and/or the medication until the perfect fit for your child is achieved. When I start a child on medication, I always follow the philosophy of ‘start low, start slow’ so that there are minimal side effect for the child while giving him/her the needed medication.

I frequently encounter two common scenarios when I discuss ADHD medication with parents:

First, is the parent/family who really wants to get their child started on ADHD medication because the child has poor school performance. The parents often feel that the medication will help improve the grades. In this case, I try to explain that all of us have some periods of inattention, but if the child does not meet criteria for ADHD then, I do not believe that the child should get a prescription medication.

Second, is the parent/family who realizes that their child has ADHD, but do not wish to give their child medication to treat the symptoms. They struggle with the realization that their child is not like other kids and may have to take medication for a long time. In these situations, I help the parents by explaining to them the different ways by which ADHD affects the functioning of the child. I explain to them that we are not helping the child by not giving him/her the needed medication. With untreated ADHD, the potential areas of impairment are:

Also, adolescents with ADHD who are treated with medications have lower rates of substance abuse, academic problems, motor vehicle accidents and employment problems

Sometimes, parents are simply afraid that the medication will make the child a ‘zombie.’ My answer to that is that medication is used in a dosage that helps the child and does not cause any obvious change in the personality of the child. I often use the following analogy to explain the ADHD child and the effect of medications: The child with ADHD is like a racecar that is driving recklessly at a high speed down the mountain. When this same child starts on medication, the racecar will drive down the mountain with the same horsepower, but now the racecar has brakes and a steering wheel and can now take the curves more deliberately and carefully. This really helps the parents understand how the medication will help and not harm the child.

Having a child with ADHD has a significant impact on the entire family:

I have so many success stories to tell about the gratification of treating kids with ADHD. These are the stories where we made the appropriate diagnosis on the child, did the education and teaching with the parent/family and started the child on medication. Then, that same child started excelling in academics, social skills and so much more. But, the key is learning when ADHD medication is necessary due to a neurological imbalance in the child’s brain, and when a child is struggling in school due to other factors. Your pediatrician, who is privileged to be a trusted partner in the medical care of your child can assist you with this process of diagnosing and treating ADHD.

1. Children and Adults with AD/HD: http://www.chadd.org/