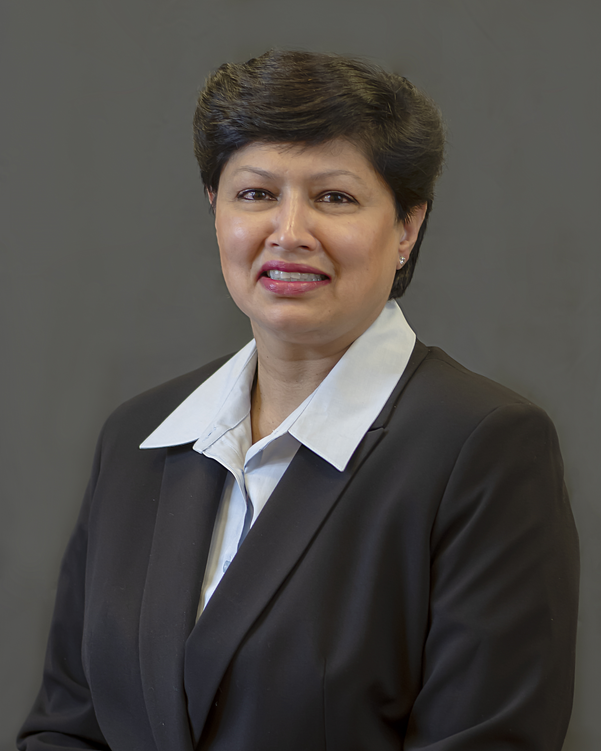 Dr. Chandra is the founder of Preferred Medical Group. In 2007 she started Phenix City Children’s in Phenix City, AL.
Dr. Chandra grew up in India, her father being a senior officer in the Indian Army and her mother a homemaker and national level swimmer. She went to medical school at one of the top five medical schools in India and graduated as a medical doctor at the age of 21 years. She was simultaneously commissioned as a medical officer in the Indian army. In 1993, she was awarded the Chief of Army Staff Commendation, which goes to only a handful of men and women in uniform.

Dr. Chandra completed her residency in pediatrics at the University of Minnesota in Minneapolis and at Nassau University Medical Center in Long Island, New York. She is board-certified in pediatrics, and a fellow of the American Academy of Pediatrics.

In addition to her pediatric practice, Dr. Chandra is an assistant clinical professor at Mercer University School of Medicine and Georgia Health Sciences University. She is also faculty for training Physician Assistant students from University of Alabama in Birmingham and from University of South Alabama in Mobile. She has hospital privileges at the The Midtown Medical Center in Columbus and at the Jack Hughston Memorial Hospital in Phenix City.

Her special areas of interest are in newborn care, asthma, attention deficit hyperactivity disorder (ADHD), depression, anxiety and school related problems. Besides her role as a pediatrician, she is an advocate for the children in our community and she stays actively involved with the Phenix City schools, Russell county schools and Smith Station schools. Dr. Chandra is also involved in advocacy for children’s health issues at the state level. She is an active clinical researcher and has been a principal investigator for pediatric research studies.

Awards and Recognitions: In 2012, the Phenix City Education Foundation presented Dr. Chandra with a “Special Recognition Award” for her contributions towards the children in the Phenix City Schools. In 2012 and 2013, she received the Reader’s Choice Award by the Columbus Ledger Enquirer. The Chamber of Commerce recognized her with the ‘Small Business of the Year Award” in 2009. She has also been recognized for her contribution by the Phenix City Headstart. In 2012, Fort Mitchell Clinic was recognized as a bronze sponsor by MWR for providing outstanding support to soldiers and their families. She has been formally recognized as a Partner in Education with Lakewood Primary School, Lakewood Elementary School, Mount Olive Primary School and Mount Olive Intermediate School for 2013-2014.

For the last 6 years Dr. Chandra has served on the Health Advisory Committee of the Phenix City Headstart and she serves on the Board of Care Network of East Alabama. She is also the chair of the Nominating Committee of the Alabama Chapter of American Academy of Pediatrics.

Dr. Chandra’s personal interests include traveling, cooking, ballroom dancing, roller skating, sailing, white-water rafting and hiking. She was part of a Round-the-World Sailing expedition, sailing on a 32-foot yacht. She lives in Phenix City with her husband and children. 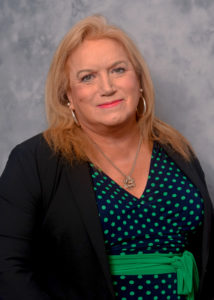 Dr. Mila Riehl has more than 35 years of experience in Emergency Department Practice working in all levels of care, and is board certified in both Internal Medicine and Geriatrics.  In 1985, Dr. Riehl entered private practice in Guntersville, Alabama, where she focused on Emergency Medicine and Geriatrics.  In 2003, she moved to Decatur, Alabama, to work as an attending physician in the Department of Emergency Medicine at Decatur-Morgan Hospital.

Most recently Dr. Riehl specialized in the emergency care of geriatric patients and the implementation of emergency ultrasound.  She was previously the director of an accredited Vascular and Non-Invasive Cardiology lab.  She is also trained in RSI/Airway Management and vascular access procedures.  She continues to retain excellent procedural skills and is able to utilize her skills and knowledge in these areas when evaluating her patients.

Dr. Riehl has two children – Russell who is currently in his Cardiology residency, and Cayla who attends Agnes Scott College.  With her children grown, Dr. Riehl enjoys traveling and working with several Locums Agencies.  In her spare time, she enjoys Japanese gardening, cycling, and archery. 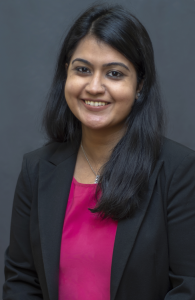 Dr. Vasudha Mahajan grew up watching her dad practice pediatrics, and so the decision to go into the field of medicine came very naturally to her.  “Learning actually did begin at home for me.  Over the years, my father’s passion for his work, compassion towards his patients and strong ethical beliefs stuck with me and inspired me.”  After completing her medical school training at Kasturba Medical College, Manipal in India, she gained clinical experience in various sub specialties of pediatrics by completing electives in academic hospitals throughout the United States.  She considers the medical and practical knowledge gained through these rotations her greatest resource.  She completed her residency training at the University of Texas Medical Branch in June 2017.  Throughout her 3 years of training, she was actively involved in medical student and intern teaching, as well as clinical research.  She published and presented on different topics in neonatology, hematology, and oncology, and was also nominated for the outstanding resident teacher award by the medical students on multiple occasions.

Dr. Mahajan has been part of Preferred Medical Group since September 2017.  She is a Fellow of the American Academy of Pediatrics, and is board certified in general pediatrics.  Dr. Mahajan is an assistant clinical professor at Mercer University and Georgia Health Sciences University.  She currently has hospital privileges at Piedmont Regional Medical Center and St. Francis Medical Center.  While she enjoys the clinical practice of pediatrics as a whole, she is most passionate about Asthma education, newborn care, and obesity management.

When not at work, Dr. Mahajan considers food and Netflix as her guilty pleasures.  She absolutely loves traveling, reading fiction novels, and spending time with her spouse. 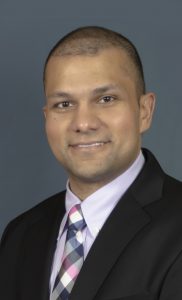 Hussam Kurdi, MD, MPH is from Saudi Arabia and a graduate of King Abdulaziz University Medical School. He completed an internal medicine residency at Connecticut Institute for Communities/Danbury Hospital, which is affiliated with Yale University.

Dr.Kurdi is certified by the American Board of Internal Medicine. Dr.Kurdi received the “best PGY-3 resident of the year” award from his residency program and “young achievers” award from the American College of Physicians. Later, he completed a master’s degree in public health and training in occupational and environmental medicine at Harvard school of public health. Dr. Kurdi is passionate about patient care and worker’s well being in their workplace. 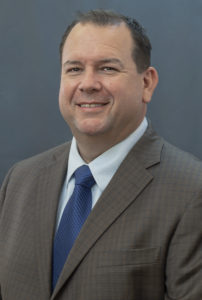 In 2006 Roger moved to Troy, Alabama, to work in general pediatric practice.  In 2013, he began teaching full-time at Troy University’s College of Nursing and joined Preferred Medical Group as a part-time provider.  While Roger enjoyed teaching and working with nursing students, he truly missed practicing pediatrics and decided to join Preferred Medical Group full-time in 2015. 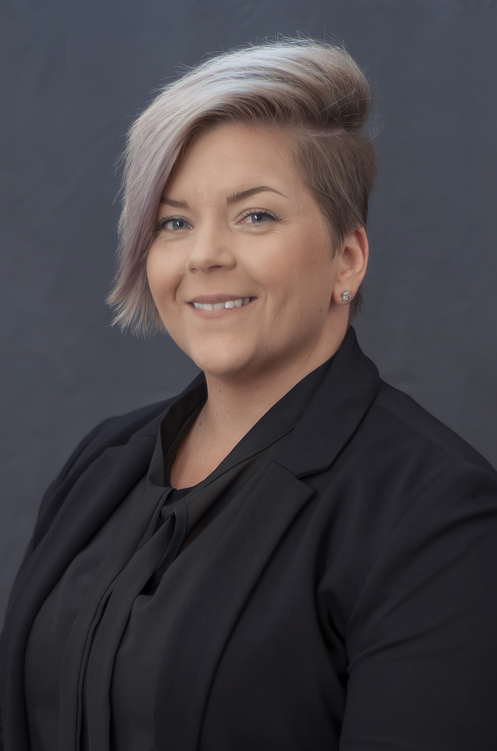 Amanda Uzzell was raised in New Jersey and completed her undergraduate and graduate education at Seton Hall University. In 2011, she graduated with her Master’s Degree as a Physician Assistant, then earning her board certification from the National Commission of Certification for Physician Assistants. For the following 6 years, Amanda practiced locally in New Jersey in Family Medicine and Urgent Care settings.

Amanda joined Preferred Medical Group as a Pediatric and Family Medicine Physician Assistant in November of 2017. She enjoys working in Family Medicine because she is able to build a relationship with her patients and grow with them as a team to provide them the best treatment plans!

In her free time, Amanda enjoys spending time with her 3 dogs and exploring the surrounding adventures that Alabama has to offer! Amanda would say she is an avid “foodie”- enjoying cooking and exploring local bites! Amanda is currently accepting new Pediatric and Adult patients at our Phenix City and Fort Mitchell locations! 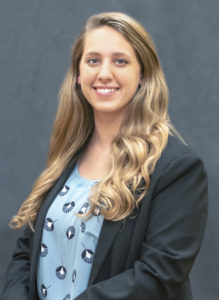 Ali Jones grew up in Peachtree City, Georgia, and has relocated to Columbus to join Preferred Medical Group as a Physician Assistant. She graduated with a Bachelor’s Degree in Biology from Berry College in 2015, and received her Master’s Degree from Lincoln Memorial University in 2018. While she is a new practitioner, practicing medicine is in her blood – her father is a physician and her mother was a registered nurse. She attributes her passion for medicine to listening to their stories about affecting and bettering patients’ lives, which she hopes to do in her own practice as well.

Ali is one of five kids, and while they do not all live in the same house anymore, she describes her siblings as her closest friends. Outside the office, she loves spending time with her family and friends. She also enjoys watching superhero movies, reading fiction novels, riding horses, and playing volleyball. 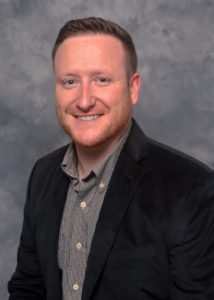 Jon Gallinger has a passion for family medicine and is looking forward to providing the best medical care to you and your family.  Jon was raised in Enterprise, Alabama, and enlisted in the Alabama National Guard as a combat medic in 2013.  While serving in the Army National Guard, he worked as an Emergency Medical Technician and studied at the University of Alabama.  In 2017, Jon attended the military’s Inter-Service Physician Assistant Program.  He was awarded his Masters Degree in Physician Assistant Studies from the University of Nebraska Medical Center.

After completion of his education, Jon earned his board certification from the National Commission of Certification for Physician Assistants and became a commissioned Army Officer in the National Guard.  He continues to service his country as a Physician Assistant in the Alabama National Guard.  In his free time, he enjoys spending quality time with his wife and two children, playing guitar, and riding motorcycles. 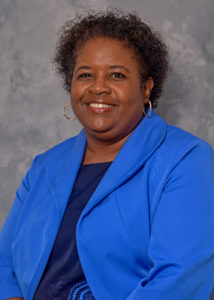 Dr. Catrece Dantzler is a Licensed Professional Counselor as well as a Licensed Marriage and Family Therapist, and has a Doctorate of Education in Counseling, Education and Supervision.  Dr. Dantzler has been working in the mental health field since March of 2006.  Her expertise is in assisting children and families that have experienced traumas, who have mental health diagnoses, and family relational issues.  Using a Cognitive Behavioral approach, she works with clients to create goals that lead to success in all areas of their lives.  She has worked with individuals that have behavioral difficulties, anxiety disorders, depression, and adjustment disorders.

Dr. Dantzler is dedicated to a mission of hope.  Whether life has become unmanageable due to a situation or illness, she is here to let you know that there is hope.  Through your counseling experience your life with change in a positive way with personal growth and healing.

Dr. Dantzler has been married for over 20 years and has three beautiful, very active children.  She enjoys spending time at church where she has been called to be an Evangelist.  She serves on the board of directors for Tue Divine Community Development and volunteers as the program coordinator for GAME Time Mentoring Program.  She likes to relax by watching Hallmark movies and traveling.

At Preferred Medical Group, we are committed to keeping our patients and staff safe during the COVID-19 pandemic.
We will continue to see patients at this time as we are taking appropriate measures to disinfect and clean surfaces thoroughly after each appointment.